Use Streaming Data To Increase the Value of Your Advertising

This is the fifth blog in a series about how video streaming data, pulled from various parts of the workflow, can support business goals. The following post will explore how to employ data from within the workflow to increase subscriber engagement and stickiness.

Of course, increasing the number of ad impressions is a priority for ad-supported streaming platforms as it directly relates to revenue. But you can’t just up the number of ads per break (going from three ads in a pod to four) as that may have disastrous consequences to your business: users could stop watching content, resulting in lower views per month per user, resulting in, ultimately, fewer impressions you can sell. To ultimately increase the value of your advertising, both the number of ads you can place and their CPM, you have to look carefully at several critical factors such as:

Understanding How Viewers Feel About Your Advertising

Of course, increasing the number of ad impressions is a priority for ad-supported streaming platforms as it directly relates to revenue. But you can’t just up the number of ads per break (going from three ads in a pod to four) as that may have disastrous consequences to your business: users could stop watching content, resulting in lower views per month per user, resulting in, ultimately, fewer impressions you can sell. To ultimately increase the value of your advertising, both the number of ads you can place and their CPM, you have to look carefully at several critical factors such as:

Without understanding your viewers’ tolerance towards ads, it’s impossible to know how to maximize the number of ad impressions they will accept within any piece of content. But this is measurable by taking the rate at which users drop off during ads, both across a piece of content and within individual ads. You can then segment that data by location, device type, subscription tier, content type, and content title, which will help determine under what circumstances users have more or less tolerance for ads. For example, there might be some content with which users are so enthralled (i.e., a very popular title) that they will accept more ads within the ad pods.

The placement of ads is essential in overall AVOD success. Unlike traditional commercial television, ads do not need to follow a set pattern of the display. They can be stitched into streaming video at whatever time is deemed appropriate. So, looking at the distribution of playhead position on the heartbeat event within a content title can be a good indicator of sections within the video that are of most interest to users (i.e., before they drop off). You could then position an ad pod right before this content segment to ensure users will watch the ads and impressions will be recorded. You’ll also want to ensure that you’re showing your last pod of advertisements before the majority of viewers drop-off.

Maximizing the value of ads to the business isn’t just about having a large ad pool; it’s about ensuring all available ad impressions slots are filled. There is nothing worse than having only a few advertisers try and fill all the slots, forcing viewers to watch the same ad over and over again! By looking at the historical ad request and impression counts, you can see how much ad inventory was left unfilled at the end of the month. Extrapolating the ad request count can help provide a forecast of inventory to sell the next month. Ultimately, you want to sell as much upfront as possible without going over (i.e. over-subscribing). To achieve that kind of accuracy, you can use a confidence interval on the forecast and train the model with more historical data.

Until your business reaches a certain tipping point, such as a number of subscribers, or a certain number of minutes viewed per month per subscriber, advertisers will not pay a premium for your impressions. Furthermore, some will require the ability for a third-party solution to measure your audience and performance as a way to ensure their money is being spent on the right people, in the proper context, and appearing as expected. But with a bit of upfront analysis, you can increase your ad space’s value by identifying the high-value users and providing this information to advertisers for targeting.

First and foremost, an ad is more valuable if users watch it all the way through. But an ad is even more valuable if there is some user action associated with it, such as a click. You can utilize the ad milestone event to determine which users are more likely to consume the majority of an advertising. Keep in mind that it may make more sense to break down behavioral patterns by content title rather than user ID. This is because some content can have a disproportionate amount of ad completions and clicks.

Second, providing personas to your advertisers can increase the value of your CPMs. Building these personas is readily available to you from delivery and player data about viewing habits. For example, users who watch fashion shows are probably interested in fashion. In short, the content genre often goes hand-in-hand with user interests. But using a custom metadata field called interest, you can add more information to the database of users. It’s possible, knowing basic demographic information about your users, that the personas you develop could include age and gender as well.

Finally, premium ad sales must be supported by data. Advertisers aren’t going to pay more for your ad slots than a competitor if you can’t show them that the extra cost is worth it. You can do this by sending back metadata in the ad request. For example, consider a user who is interested in fashion. This user’s ID is marked in the ad network, which is passed back when the player makes an ad request.

The ad network can utilize this data to deliver a more targeted ad. Of course, you can generalize this and serve fashion ads on the fashion content as well, but by tracking at a user level, you can target them across content and deliver those ads which would be most compelling to their interests, regardless of the content they are viewing.

Get Smart About Your Ads

Although there is a lot of data you can pull from your ad servers about impressions and time viewed, it’s not married to your users. Using the data from within your streaming workflow, from CDN logs and the player, you can get a user-level understanding of ad views, tolerance, and more. This will provide much deeper insight and enable better ad forecasting, which helps to guide revenue projections and improve the growth of the business. 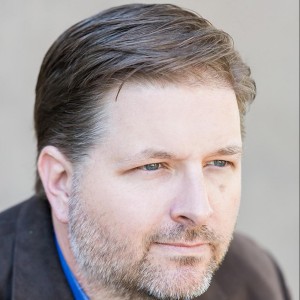